Ryan Lynch is a writer/director and also the Feature Film Development Manager at Pixar Animation Studios. She has spent the last nine years working on films such as Ratatouille, Brave and the recent TV special, Toy Story That Time Forgot. She started her own production company, MissMottMedia, LLC in 2011 and has made several short award winning films. Her latest endeavor in writing and directing is the web series, SanFranLand. SanFranLand has been officially selected to over 10 web series festivals world wide and has won awards at Miami Web Fest and LA Web Fest. Ryan also produced her first feature film, White Rabbit (2013) which is currently on the festival circuit. She has a B.F.A. in Multimedia from University of Colorado and an M.F.A. in Film Directing from Academy of Art University in San Francisco. She also serves on the Board of Directors for Bay Area Women in Film and Media. Ryan on IMDB 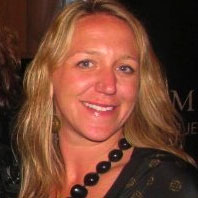 SanFranLand is dear to Laura's heart as it mimics the joy she feels and experiences living in San Francisco. Laura is a co-creator and founder of MissMottMedia, SFL's production company, which was formed in 2011. Along with SFL, she has produced an award winning short film Real Men Go Hunting, The Farms, and At The Bookstore, which aired on KRON4. Also known as L-Dub, she has always been the group organizer and team cheerleader. Laura is an opportunist, one who pushes what 'reasonable' looks like and one who doesn't take "no" very well for an answer.

Chrissy Mazzeo is a professional SAG/AFTRA actor and producer in the Bay Area. In between her multiple national commercial, independent film and tv projects; Chrissy spends time developing scripts, boning up on improv, and assisting elementary school kids in reaching their full performance potential. Next up: producing and starring in the independent feature film, Tony’s Money, with director Lori Petty (The Poker House, A League of Their Own) and producer Peter Quartaroli (The Poker House), featuring Clark Peters (The Wire, Treme) as Tony. 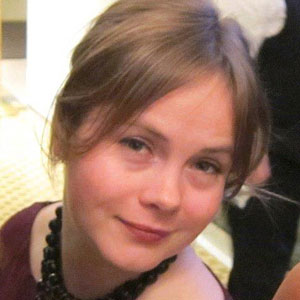 Sarah K. Reimers has worked in post-production/editorial for the past 15 years. Television editing credits include: Disney Channel, Kids! WB, CW44, Fine Living Network and Current TV. In addition to her role as Supervising Editor on SanFranLand, she was the 1st assistant editor on Pixar Animation Studios, Brave. Currently, Sarah is working as an Editor on the upcoming Feature Film, Finding Dory. 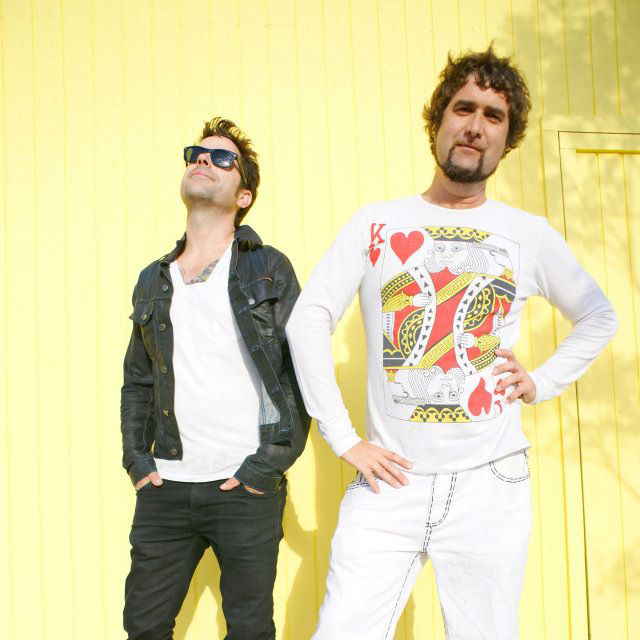 The Rondo Brothers are The Bastard Prince and Diamond Jim, two bay area based multi-instrumentalists, DJs, and producers. While gaining accomplishments as live musicians, the Rondos have written and recorded on dozens of commercial scores, films, and television shows, as well as turning in remixes for artists such as Lily Allen, Common, the Beatles, Shwayze, Peeping Tom, and others. Among so many other impressive credits, they worked on Torches, the Grammy nominated, platinum selling album by Foster the People. To see and hear more, visit rondobrothers.com 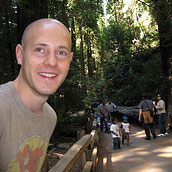 Erik Reimers has been working in post-production sound since arriving in the Bay Area seven years ago. In that time Erik has worked on a variety of projects ranging from independent feature films to cable network dramas to major video game titles working with Lucas Film's Skywalker Sound, Fox Studios, and EA Sports among others. Erik currently works with Polarity Post Production, Inc. in San Francisco's North Waterfront district where he works as a Senior Engineer. 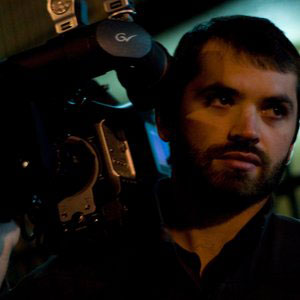 Jesse grew up in art classes. He was drawing and painting from before he can remember. By high school his love of visual arts grew to include printmaking, graphic design and photography, leading to national recognition. Jesse has filmed both narrative and documentary features and more than a hundred commercials and music videos over the course of his career. His commercial work has earned him four Emmy Awards and two of his features have received national releases. Many of his projects have appeared in festivals all over the world including Sundance, Tribeca and Cannes. To see some of his work, visit jessedana.com

An award-winning and multi-faceted cinematographer, Peggy has collaborated on over 20 films dealing with diverse themes and cross-cultural subjects. Her works are distinct for their heart, energy and perspective. In 2008, she founded Head of the Dog Pictures, a creative shop based in San Francisco, California. peggyperalta 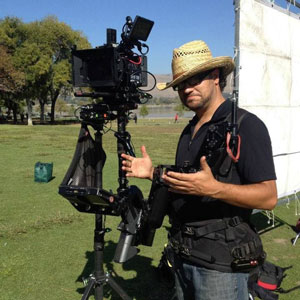 Benjamin Casias is a Director of Photography specializing in Steadicam operation. Collaborating in films such as, Fruitvale Station, About Cherry, Medicine for Melancholy, and In The Eyes of a Killer, and the upcoming, Quitters 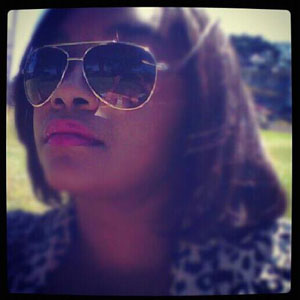 Ciara Butler is a Production Designer based out of San Francisco. During the last decade, she has had the opportunity to work alongside many seasoned professionals in the Theatre and Film Industry. Some of her Set Design credits include New York Stage and Film, American Cancer Society, and many other indie feature films and music videos. Ciara won “Best Production Design” in the Music Video category at the L.A. New Wave International Film Festival for her work on Campout's “Closer.” 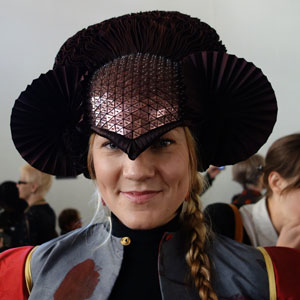 Courtney L. Scott currently works at the Oakland Museum of California as an Exhibit fabricator where she builds permanent and temporary displays. Armed with a master's degree in Marine Biology she has found herself in museums rather than the open ocean clocking years curating exhibits in some of San Francisco's favorite institutions including the California Academy of Sciences and the Aquarium of the Bay. Courtney also creates her own art in both jewelry and shibori textiles. 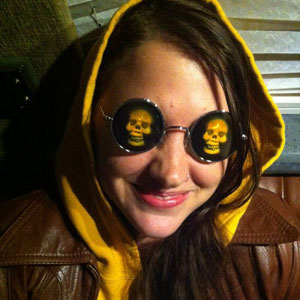 Kate Charlotte Hodges had her feature film debut at the ripe age of 11 as a Blueberry Ant in Pixar's A Bug's Life. Following her passion she went on to study theatre, arts & design finding her way full circle to land back at Pixar where she works in Production. She just finished the world premiere of Signaling Arcana a cinematic shadow play at ZSpace with TED Fellow, Christine Marie where she originated the title role of the young woman and workshopped as a puppeteer. She has a great love for the diversity & quirk of the Bay Area and has delighted in bringing the rambunctious characters of SFL to life. 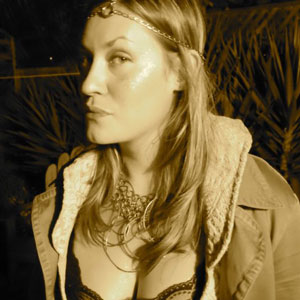 Elizabeth Jones is a freelance stylist and apparel designer from the east coast who has made San Francisco her home for the past 12 years. Her label Lotuseater can be found in local stores and on Etsy. With an education in technical design from apparel arts, she is directly involved in every aspect of the design process. Elizabeth is currently taking on new projects. https://www.facebook.com/LotuseaterDesign Lotuseater Design 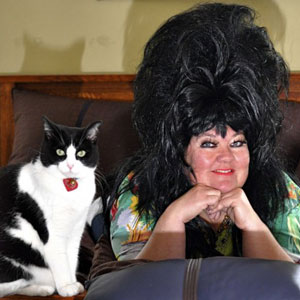 Debbie is a seasoned producer living and working in the San Francisco Bay Area. One of her recent successful productions and a big Sundance hit, was Jennifer Seibel Newsom’s documentary feature Miss Representation. She was also a producer on Peter Bratt’s popular movie, La Mission. Debbie has also done many other feature narratives, such as Finn Taylor’s The Darwin Awards and Cherish and Joshua Grannel’s, All About Evil. Debbie produced the award winning Dopamine, which was also a big hit at the Sundance Film Festival 2003, directed by Mark Decena. Other movies Debbie has worked on are Woody Allen’s Blue Jasmine, Knife Fight, Bartleby, The Californians, and Tim Burton’s soon to be released Big Eyes. Many more credits at IMDB We were honored to have access to Debbie’s expertise during the shooting of SanFranLand. 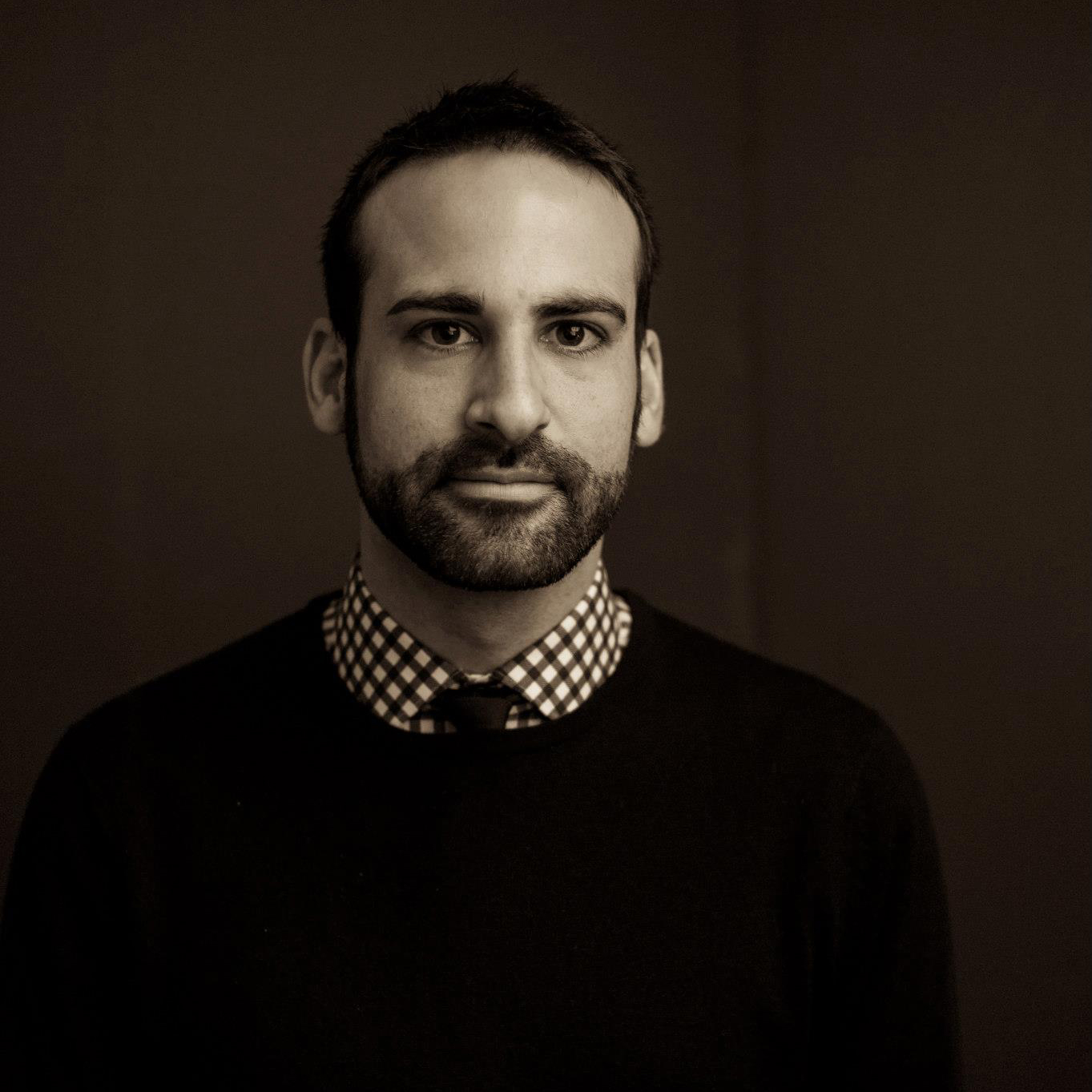 Sean Wells nerds out on a lot of things, filmmaking is one of those things. His professional experience includes post-production work for The Orphanage and LucasFilm. In addition to working on high-budget projects, he finds fulfillment crafting documentaries, music videos and short films. He is ever-looking to lend a helping hand to friendly folks making stuff. His current projects include LucasFilm's Star Wars Rebels, Ornana's "Confusion Through Sand" and a documentary about The Cat Man of West Oakland in his quest to open America's first Cat Cafe. seanwells.squarespace.com 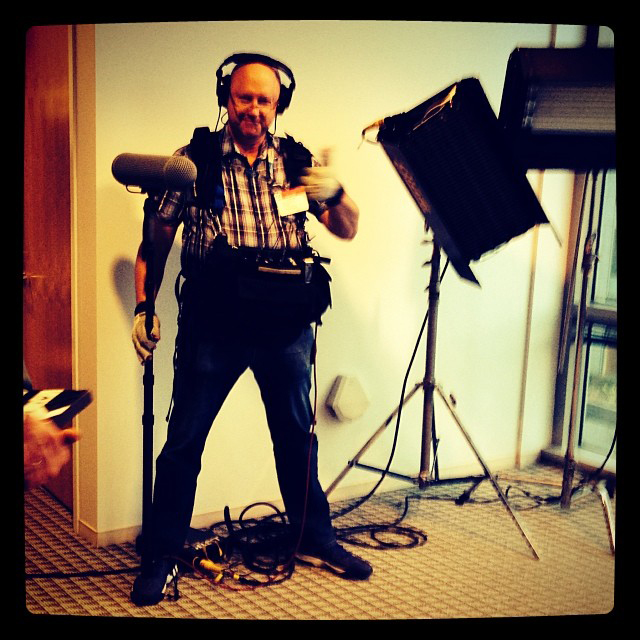 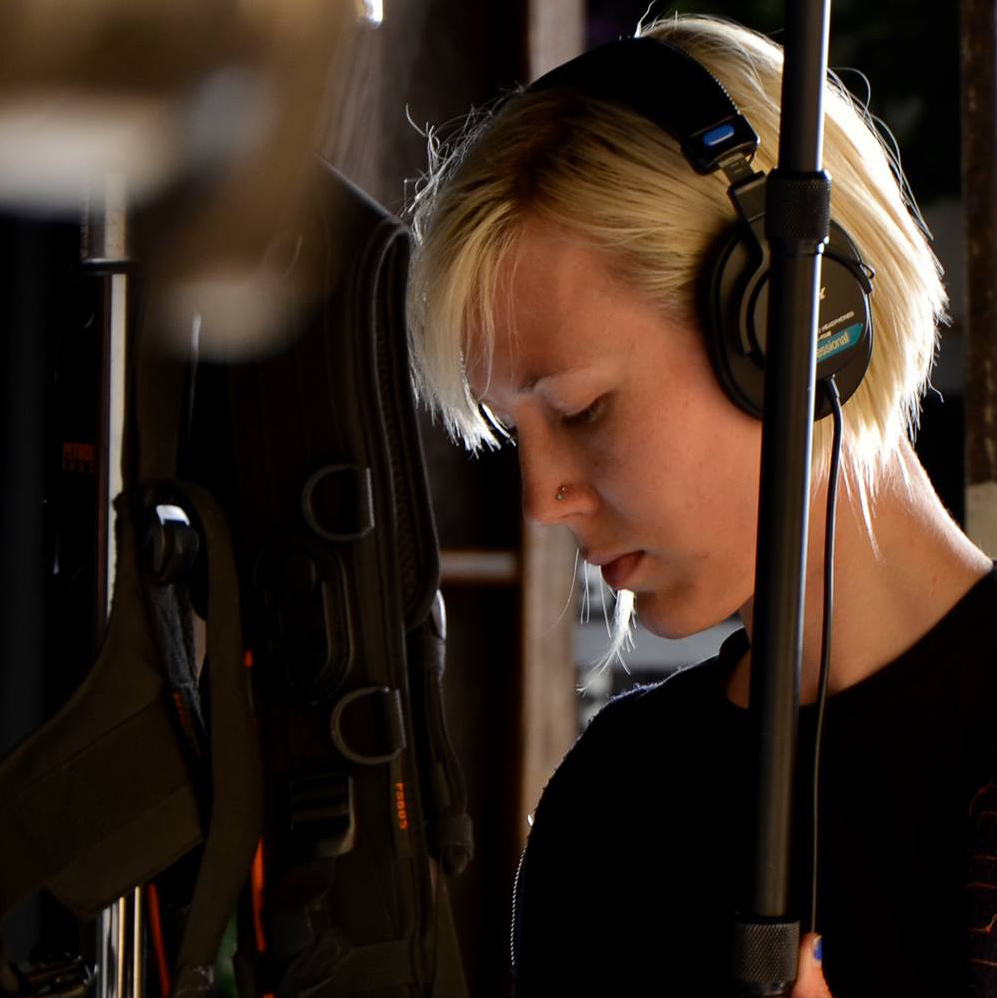 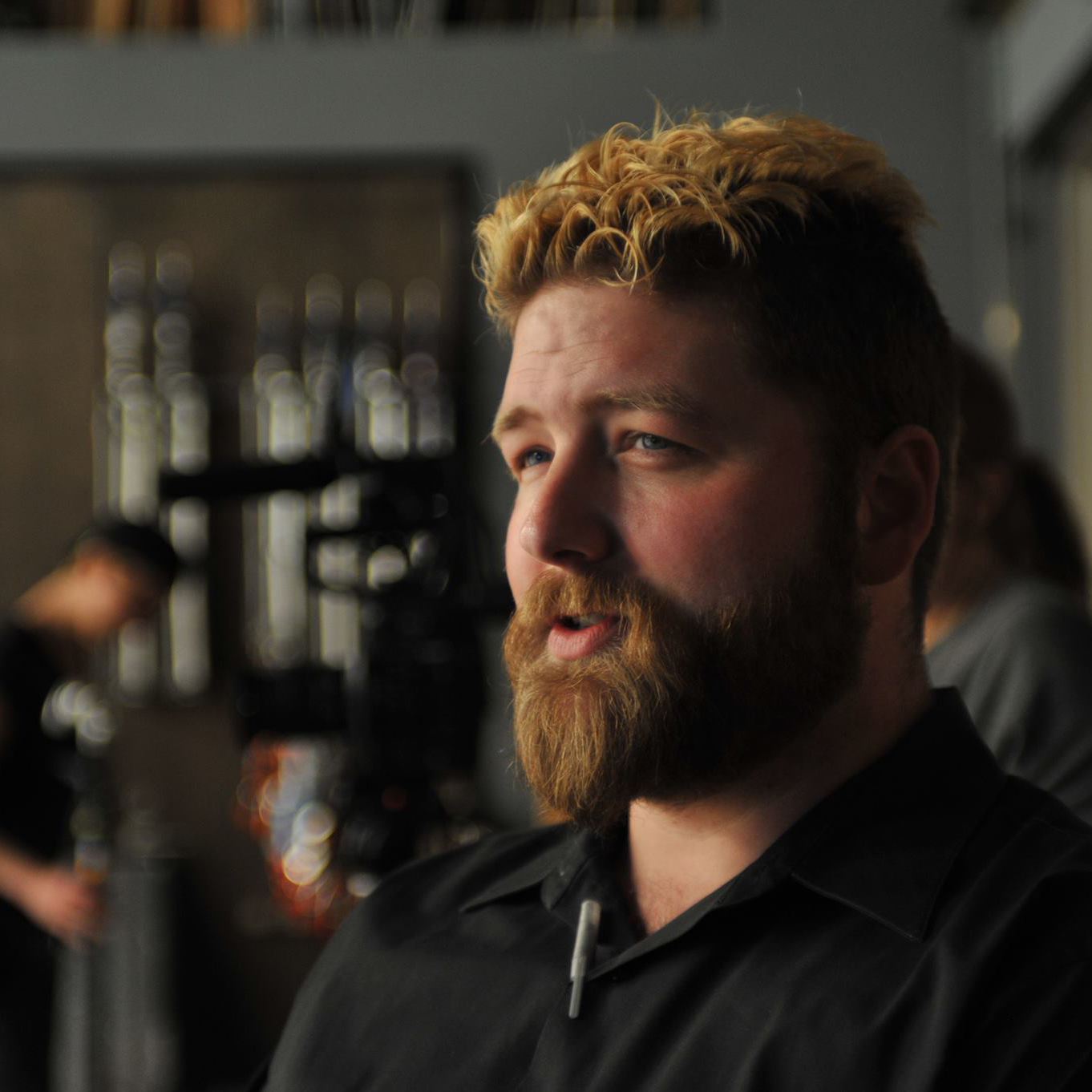 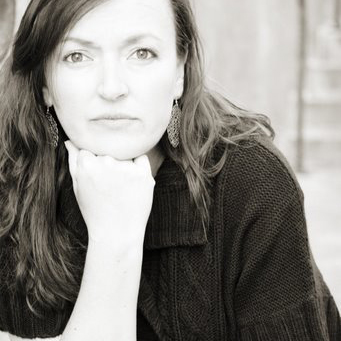 Hanley is a PR veteran of more than 20 years. She specializes in mapping strategy, building brands, conducting media relations, planning and executing events and talent relations. Prior to branching out on her own, she was the first-ever director of public relations for Netflix, where she built the consumer public relations program from scratch, serving as a key member of the executive team that introduced streaming and helped the company grow from 3 million to 10 million subscribers in just three years. In addition, Hanley headed up the PR team that launched Netflix’s original content studio, Red Envelope Entertainment, premiering passion projects and independent films from talent including John Waters and Patricia Heaton. 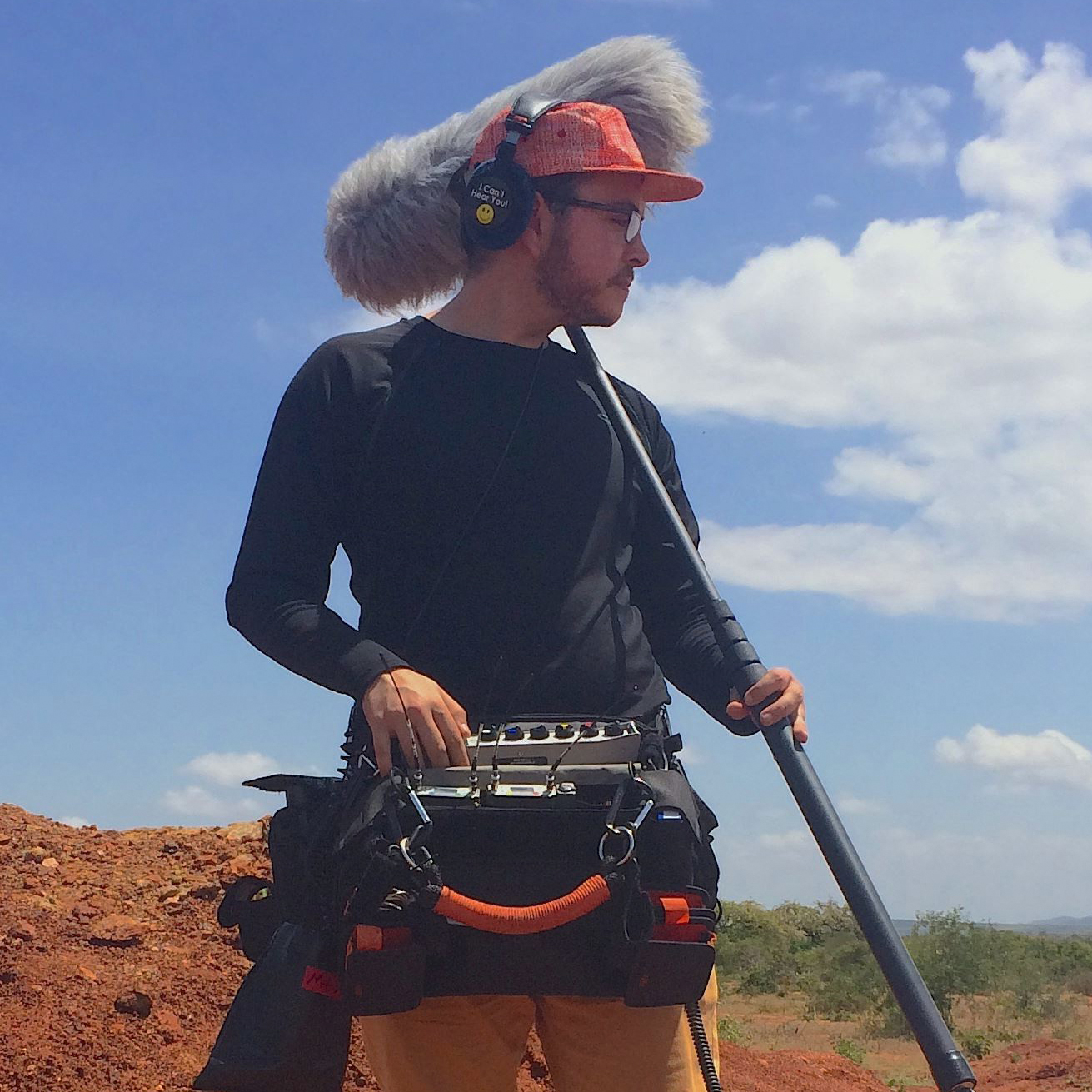